5 ‘Incredible’ Science Discoveries That Will Make You Laugh And Then Think!

Home5 ‘Incredible’ Science Discoveries That Will Make You Laugh And Then Think!

Discovery of the word found in every human language, how to partially un-boil an egg, where the worst place to be stung by a bee and more amazing research is recognised in annual awards.

The Ig Nobel Prizes are intended to celebrate the unusual and honour the imaginative and fire people’s interest in science, medicine and technology.

The 2015 awards include the literature prize for a team that discovered that the word “huh” or its equivalent seems to exist in every human language – and for not being quite sure why!

The chemistry prize went to a team for inventing a chemical recipe to partially un-boil an egg, while the physics prize was awarded to researchers for testing the principle that nearly all mammals empty their bladders in around 21 seconds (plus or minus 13 seconds).

The economics prize was awarded to the Bangkok metropolitan police, Thailand, for offering to pay police officers extra money if they refuse to take bribes.

The physiology and entomology prize went to a two-man team who painstakingly created the Schmidt Sting Pain Index, which rates the relative pain people when stung by various insects.

A researcher carefully arranged for honey bees to sting him repeatedly on 25 different locations on his body – and you might hazard a guess as to where the most painful places were.…

You can find out more about the Ug Nobel awards by clicking here. 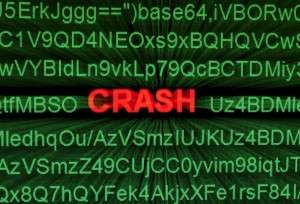