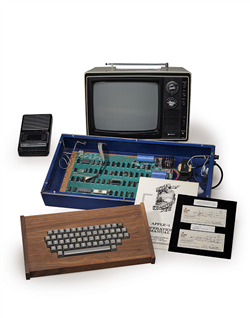 It is the only known surviving Apple-1 documented as being sold directly by Steve Jobs to an individual from his parents’ garage in 1976.

The latest Apple-1 up for sale is also operational, one of a handful thought to survive, and has a fascinating story behind it.

It is named the Ricketts’ Apple-1 personal computer after its first owner Charles Ricketts, who paid $600 for it in July 1976 in Los Altos, California, according to a Christie’s press release.

Some 23 years later, the PC was acquired by entrepreneur Bruce Waldack, who had just sold his company DigitalNation. It was auctioned at a sheriff’s sale of his property at a self-storage facility in Virginia in 2004. The Apple 1 was then won by American collector Bob Luther. 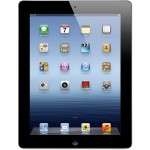 Get your hands on an Apple refurbished 3 16GB iPad for an amazing price from 7dayshop.com – click here

Get your hands on an Apple refurbished iPad 3 16GB for an amazing price from 7dayshop.com – click here