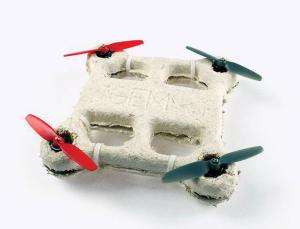 The drone “melts” in water – ideal for spying and helping destroy the evidence.

Scientists at NASA have led the development of the new aircraft, which is made from fungus and recently made its maiden flight.

One use of the technology could be to fly covert spying missions and then once complete to crash the drone into water to avoid detection.

The drone’s body is made from mycelium (the vegetative part of a fungus) covered by protective sticky cellulose “leather” sheets grown by bacteria in a lab, reported the New Scientist.

Even the circuits were printed in silver nanoparticle ink to improve its biodegradability – although currently researchers have had to borrow propellers and controls from a standard quadcopter. It also uses a normal battery.

But one question does spring to mind, could a water pistol simply take out the drone?

More technology stories for you – click on links below: 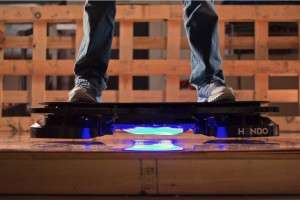 How cool? The real-life HOVERBOARD

7dayshop.combacteriabiodegradableChristmasdronefungusNasaspying
Search this Blog:
Recent Posts
Categories
Archives
Things to follow & do
Looking for something?