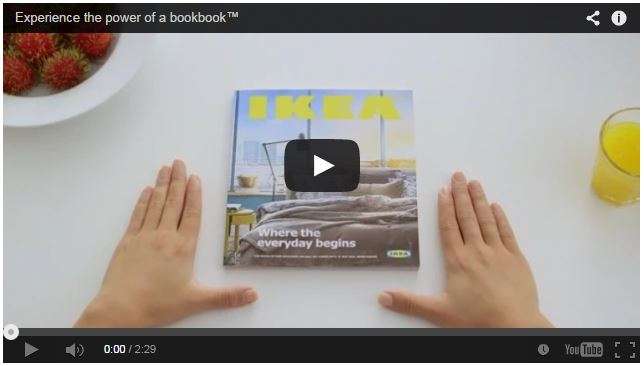 You just have to watch this video from Ikea, which is a brilliant take on Apple’s famous adverts and unveils the “bookbook”. It will make you laugh.

You will love it whether you’re an Apple fan or not.

Like Apple commercials, it has a crisp and cool look.

It also has an over-the-top rundown of the bookbook’s world-changing features – which some people think is a feature of Apple adverts.

The video opens to a misty-eyed Jorgen Eghammer, chief design guru, saying: “You know once in a while, something comes along that changes the way we live – a device so simple and intuitive using it almost feels familiar.

“Introducing the 2015 Ikea catalogue, it’s not a digital book or an ebook. It’s a bookbook.”

Of course, the joke is that the bookbook is a catalogue – but it’s a clever way to promote yourself just days after the iPhone 6 and iPhone 6 Plus went on sale.

One of the best “features” is the eternal battery, along with easy sharing!

As the video says: “Experience the power of the bookbook”.

Reports that the iPhone 6 Plus “bends” easily