Ever wondered who does the voice overs for TV ads? Well, we have found out who one of these “mystery voices” belongs to… it’s a 7dayshop customer and his voice is most likely to have been heard by many of us.

Terry Golding has lent his voice to thousands of TV, corporate, internet video and radio adverts. Just listen to this recording – and realise, you have probably heard his voice!

Google, John Lewis, Marstons have been just a few of his customers as well as smaller businesses. He’s also in strong demand for promotions around concerts and events as well as automated telephone systems (press 1 for accounts etc). 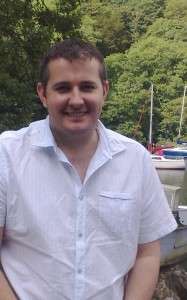 Terry started out in his career when he was just 16 and “voiced” his first commercial.

“I was enjoying some work experience at a local recording studio who were a specialist in the creation of radio commercials, jingles and such-like. Co-incidentally, there was a script approved for production which required a ‘teenage voice’ and I happened to be in the right place at the right time.”

Many years of practising and perfecting, he’s still voicing commercials for companies across the world – although his teenage voice has since been replaced with a more commanding tone.

Terry, who lives in Chester, says that being professional is vital in his industry, with clients needing a quick turnaround. “I have my own recording studio and am often required to self-record and encode the script then email a broadcast-quality version back to the client.

“It’s normal to have a number of jobs on the go at any given time and so being organised is also vitally important to ensure everyone gets their audio in good time,” he says.

He also has a very funny story about a mix-up about the wrong audio being sent to the wrong client.

“Normally, this wouldn’t be too much of an issue, but this was particularly embarrassing as the audio I sent out was a series of prompts for an adult telephone line service and the client I sent it to was a local IT Support business who I had been recommended to by a mutual friend and it was the first time I had worked for them.

“Suffice to say that we can laugh about it now, though I suppose it did give them an insight into the variety of work we voice-overs are often called-upon to undertake.”

Millions of people have probably heard his voice

Terry says it’s impossible to know just how many people have heard his voice, but is sure it will be in the millions. For him, it’s interesting to think how many people have reacted to something he has said whether that’s checking their smoke alarm because he said to, bought a new car, went to a concert, watched a TV programme or booked a holiday.

A 7dayshop customer for many years

“I love buying from the 7Dayshop and have done for many years now,” says Terry.

“I have recommend a lot of my friends to you as well as I have never had any issues with either the products or the customer service. You deliver when you say you’ll deliver and the quality of the products is always of the highest standards.

“I have bought all sorts from you over the years, from video and photography equipment to office supplies. I think the only thing you don’t do is a kitchen sink, but fortunately I already have one of those!”

Living the REAL good life: swapping the city for the country