The holodeck in your living room: Microsoft RoomAlive 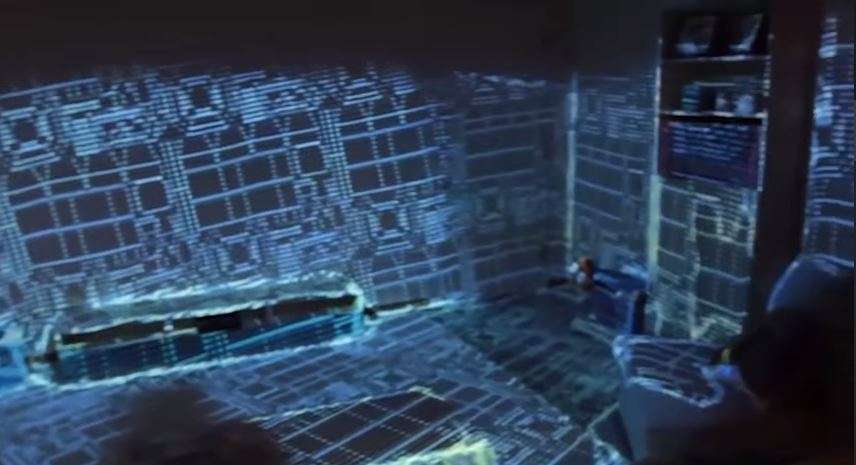 Microsoft has developed the RoomAlive prototype that creates an augmented reality in a room – and has been compared to Star Trek’s famous holodeck.

Imagine if you could turn your front room into something else or another place – and that you could interact with its inhabitants and immerse yourself in that environment?

Microsoft has unveiled a system that could just be a step towards turning that into a reality.

The RoomAlive project uses projectors, depth cameras and a computer to create an augmented gaming environment that allows people to touch and interact with virtual 3-D objects and creatures.

The system maps and covers an entire room – including furniture and people inside – with an augmented reality. It results in an experience that coexists seamlessly with the existing physical environment, according to Microsoft, and this video shows just a few examples of how it can be used.

Microsoft acknowledges it will be a while before the prototype system could become a practical reality, but the tantalising future that it offers has led to comparisons with Star Trek’s Holodeck.

The Holodeck is a computer generated alternative reality that allows users, like Captain Jean-Luc Picard, to experience it as if it was real and interact in that environment.

Could shouting charge your mobile phone in future?