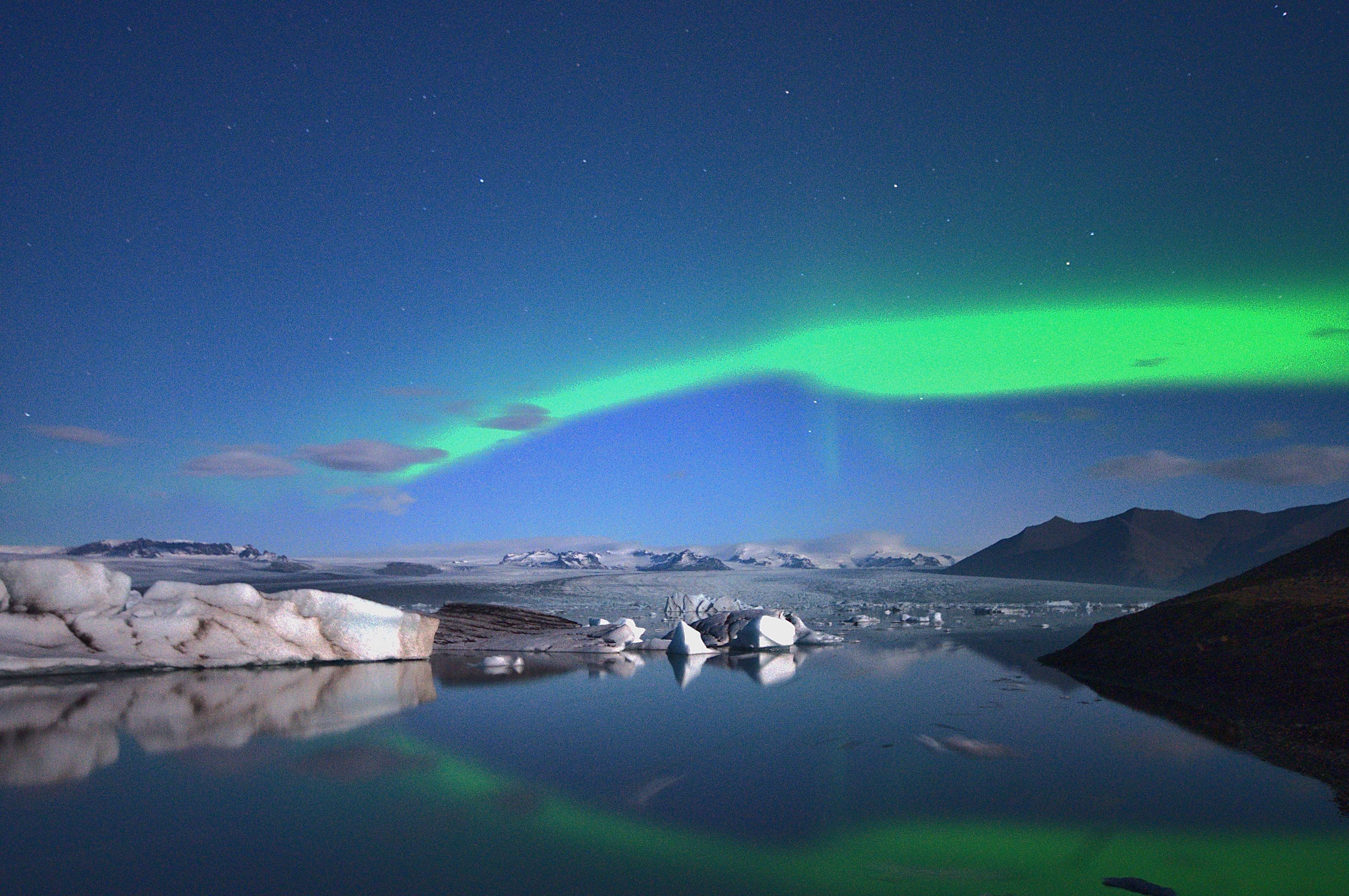 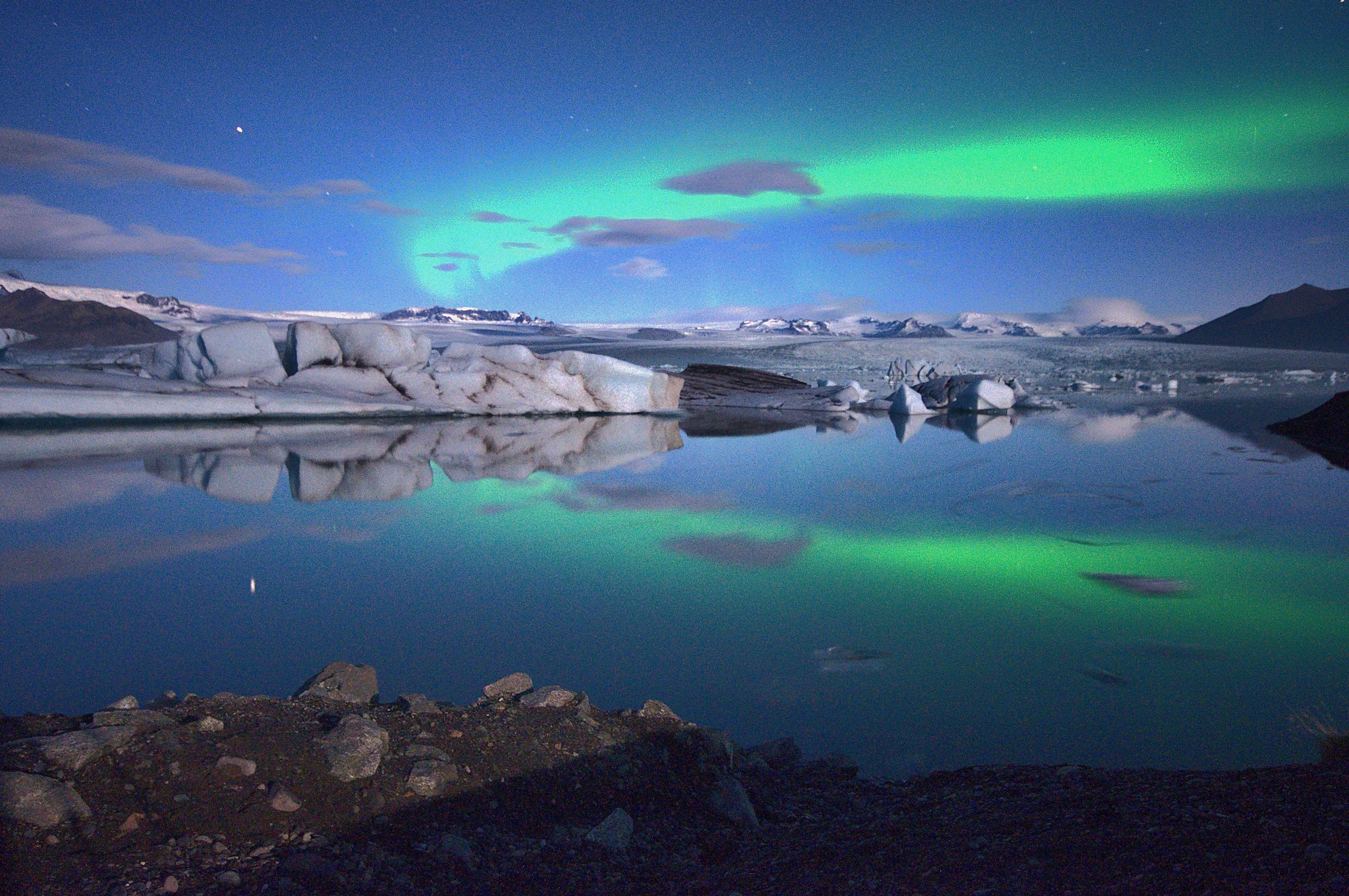 The Northern Lights are nature’s very own incredible light show. With eerie luminous streaks running across the sky, they have long been a source of fascination and wonderment. The Northern Lights are also known as the aurora borealis – named after the Roman goddess of dawn, Aurora, and the Greek name for the north wind, Boreas. Scientists have discovered that the Northern Lights are created when particles thrown out by the sun during solar explosions interact with the atmosphere in the Earth’s magnetic field. Energy is released, causing the inspiring Aurora Borealis. As their name suggests, the Northern Lights are usually seen in the far north – such as Iceland, Greenland – although they can sometimes be seen further south even as far as the Channel Islands. Auroras seen near the magnetic pole may be high overhead, but from further away can appear as a greenish glow or sometimes a faint red as they light up the northern horizon. The Northern Lights can be changeable – which means that if you are looking for them, you need to be ready to move when they are spotted. In Iceland, for example, they can be seen between September and April.

How the pictures of the Northern Lights were taken 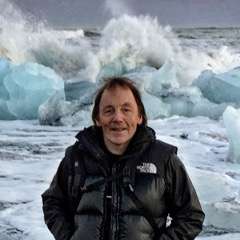 The photos were taken by Iain Ferguson, a photographer and 7dayshop.com customer, during a recent Sean Duggan: Autumn & Aurora Discoveries Photographic workshop in Iceland.  The trip was first prize in a competition run by Macphun imaging software, which Iain has used on many of his photos.

Earlier this year, Iain also won our 14th birthday competition and treated himself to a selection of 7dayshop gadgets and accessories – which he used during his adventure in Iceland.

Here in his own words, Iain explains how he captured the images:

“Capturing photos of the Northern Lights requires planning. On the trip, we had Einar and Ragnar from Focus on Nature photography workshops watching various Northern Lights tracking websites along with the latest weather information.  This gave them an idea of the best locations to capture shots.

“The lights looked better where you had water in the foreground so that was often a consideration in location choice.”

“Sometimes they just appeared as we were driving along, and it was then down to Einar and Ragnar’s knowledge of the local area to get us quickly to the nearest suitable location.

“We had to ensure we knew the location of our camera controls so that we could make adjustments in the dark.

“As a guide most of us were shooting at around 1600 ISO which often worked out for me at around 30 seconds wide open as I was just using a standard zoom lens with wide open apertures of around f4.

“The others in the group were shooting at far quicker speeds as they had wider aperture lenses.  They were maybe getting shots at a couple of second at f1.8.

“Shooting wide open meant that our focus had to be spot on.

“Sean Duggan the photographer taking the workshop took us through ways of focusing.

“Most often we used the moon for focussing.  At these low speeds a tripod was essential and I used my Manfrotto 190XPROB Tripod & 222 pistol head. which I found ideal on the trip.

“I also used a Ball Pod I bought from 7dayshop for very low down shots.  Most of my photos were taken with a Sigma 10 to 20 mm wide angle zoom, protected by a 7dayshop multicoated filter.

“I also used a Samyung 8mm fisheye for some shots.  I used a Nikon D90 for most shots as it worked best in manual mode with the Sigma Zoom.

“During the rest of my visit we photographed a wide range of sights including waterfalls, icebergs, lava fields and horses.

“During these I used my Ball Pod quite often for low down shots and to hold steady my Crystal ball for some creative shots.

“Very pleased with my 7dayshop Variable ND filter, which was great for catching motion in water at beaches and waterfalls and passed on a few 7dayshop Filter pouches to Einar and Ragnar.  7dayshop rechargeable batteries kept my torches, flashguns and USB power packs ready for action.

“My 7dayshop Treking pole was great for steadying some telephoto shots and for climbing over some of the terrain.  Hopefully. Sean can now make use of it when he is out and about in the USA.”

Great deals on memory cards – click on the links below 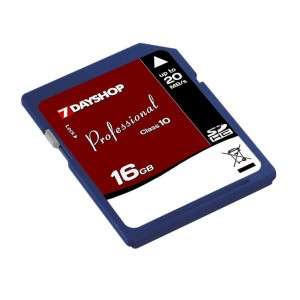