Perseid Meteor Shower – Tips On How To Take Pictures

HomePerseid Meteor Shower – Tips On How To Take Pictures 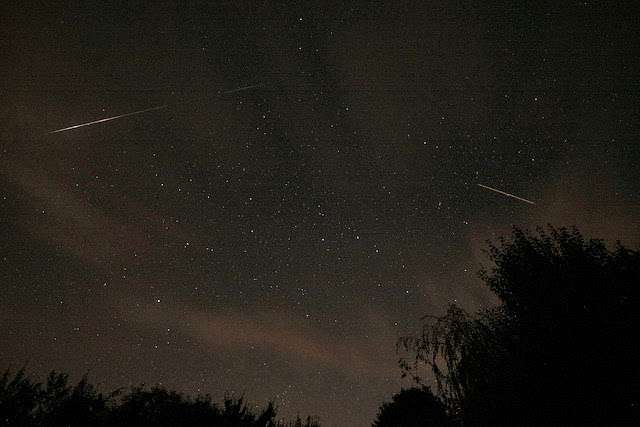 The annual Perseid meteor shower is set to peak tonight and offers the prospect of stunning views and photos. Here are simple tips on getting pictures.

Check your camera settings and then snap away

James West, executive director for SEPnet (South East Physics Network), says: “The best approach is to use a relatively high ISO, say 400 – 800, and take shots of two to three minutes at full aperture and widest angle.

“Once you’ve checked the focus and exposure is okay, just take a sequence of shots and hopefully some will have meteors on.”

Dr West, who took all the photos featured in this blog post, adds: “Don’t be too tempted to keep checking the images. Invariably a good meteor comes over when you’re not taking pictures.

“Another problem is a wide angle lens gets a higher probability of meteors, but has less contrast and shorter trains.” 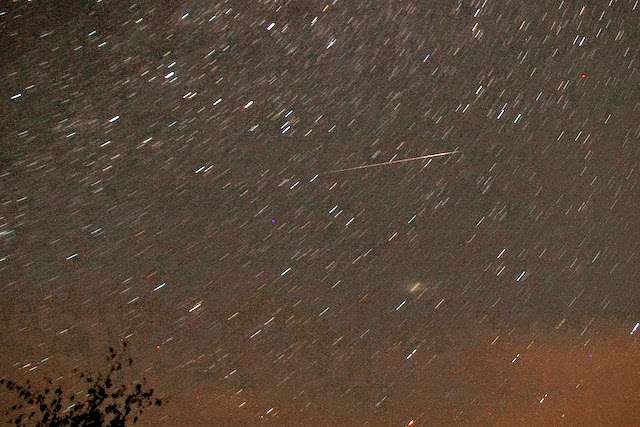 This photo was taken on a Cannon EOS 40D camera with an ISO of 400 in Brittany, France, in 2010. It is a cropped shot of a meteor, with the constellation of Cassiopeia in the top left (Photo credit: James West)

Is your battery charged and got a tripod?

“Make sure you have a fully charged battery and a spare – long exposures drain batteries quite quickly!” says Dr West.

He also says: “You definitely need a tripod or a very stable mount. Away from street lighting is best too.” 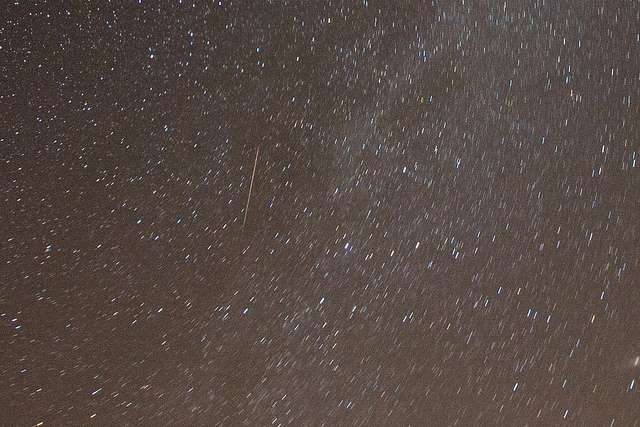 Taken at Farley Mount, Winchester. The colour of the trail is quite interesting (yellowy green changing to yellowy red). Photo taken with a Canon EOS 40D with an IOS of 800. (Photo credit: James West) 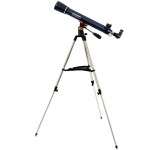 Love stargazing? Get a telescope from 7dayshop.com – click here

Dr West says the skies need to be clear to see the full spectacular display, with the meteor shower set to peak.

Provided the skies are clear, people could see up to 50 meteors an hours during the peak of the shower between Wednesday 12 and Thursday 13 August.

Staying up late or getting up early could increase your chances of seeing something – and they can be seen with the naked eye but the recommendation is top get away from light pollution, according to a report on The Independent newspaper.

The photos have been lightened using a simple online editing tool to show the amazing Perseid meteor shower in its full glory on computer screens!

James West graduated in Physics at the University of Oxford and completed a PhD in particle physics at Imperial College. After a 2-year post doctoral position he joined IBM at its development lab at Hursley near Winchester.

He held key senior management roles in software technical strategy. In 2010, he took up his current role as Executive Director for SEPnet (South East Physics Network). 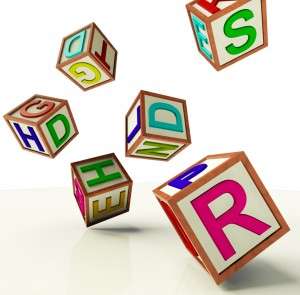 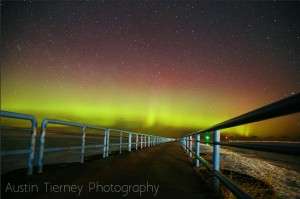 Spectacular Photos of the Northern Lights