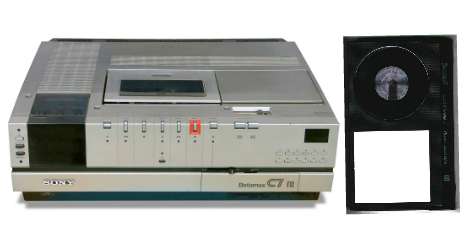 You might have thought the Betamax video format died a long time ago, but it turns out that Sony has continued to sell the cassettes – that is until next year.

At its peak, around 50 million Betamax cassettes were sold in 1984 while Betamax video recording equipment sold around 18 million units in total.

But with changing consumer demands and the ending of analogue terrestrial television, Sony has decided to can Betamax video cassettes, it revealed in a press release.

Tech Turkeys: Betamax and 4 other gadgets that didn’t quite make it

BetamaxSonyVHSvideo
Search this Blog:
Recent Posts
Categories
Archives
Things to follow & do
Looking for something?