Watch: ‘Mean’ humans bully robot and it gets up no problems. Heck, it even opens doors

HomeWatch: ‘Mean’ humans bully robot and it gets up no problems. Heck, it even opens doors

Humanoid robot is pushed around by humans but just carries on.

The latest version of the Atlas robot is a seriously impressive piece of technology, if the YouTube video put out by Google’s Boston Dynamics is anything to go by.

It’s pushed with a hockey stick but stays on its two feet. And when it is taken by surprise with a shove from a giant stick from behind, it falls over but gets up again.

In no way, is it a little bit terrifying

This robot can even walk across uneven and snowy landscapes and even open doors. It can even lift up boxes and put them on shelves, which could mean the future of shelf stacking is robotic…

Of course, the humans aren’t being mean but merely demonstrating the extraordinary abilities of their latest creation.

This robot is electrically powered and uses sensors in its body and legs to balance. There are LIDAR and stereo sensors in it’s head to avoid obstacles, assess the terrain as well as help with navigation and manipulate objects. Weighing in at 180lbs (nearly 13 stone), it’s 5′ 9″ tall.

A report by news agency Bloomberg says that Google is putting the company up for sale after reportedly concluding Boston Dynamics isn’t likely to make a marketable product in the next few years.

Interestingly, the report also claimed that Google’s public relations team were concerned about the push into humanoid robotics with subsequent emails published to an internal online forum.

A director of communications at Google reportedly wrote: “There’s excitement from the tech press, but we’re also starting to see some negative threads about it being terrifying, ready to take humans’ jobs.” 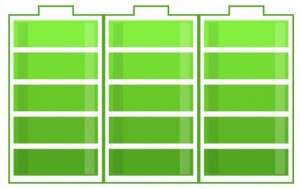 Using Electricity In the Air To Power Devices

AtlasBoston DynamicsGooglerobot
Search this Blog:
Recent Posts
Categories
Archives
Things to follow & do
Looking for something?