You might think that flying kites is for kids, but there is a worldwide community of photographers who use them to take kite aerial photography (KAP). Using kites and some pretty simple kit, so-called KAPers often produce stunning photos. 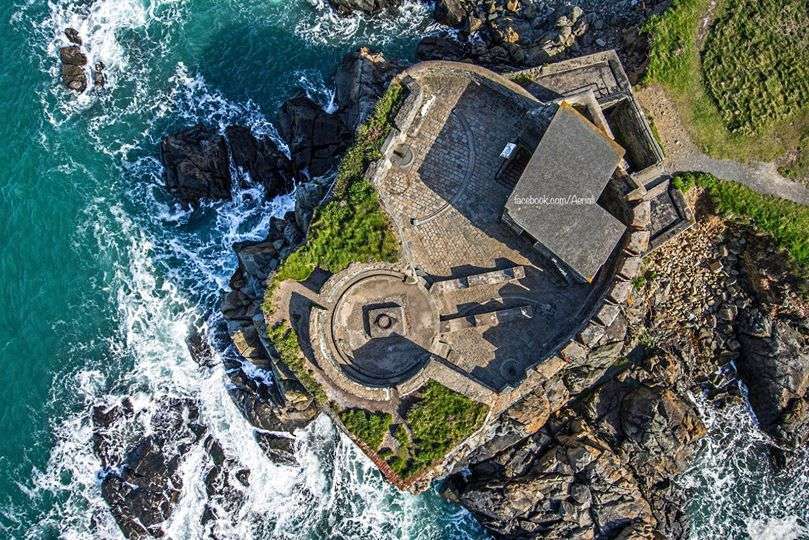 Kevin Lajoie is one such KAPer. He’s been using kites to take incredible images in and around the Channel Islands for the past six years.

I caught up with him on a beautiful sunny day on the headland at Grandes Rocques on the west coast of Guernsey – where he lives – to see him at work.

Kevin, 38, explained that he got into kite photography through a friend of a friend – and is now making a business, Aerial-i, out of his hobby.

He’s also taken his kit further afield, including Australia and the Bahamas. His gear goes wherever he goes. 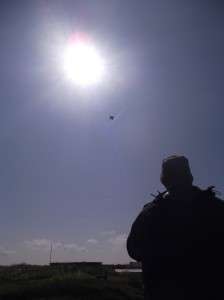 “I have covered most areas of the island. I am always looking to different shots because you are always restricted by the weather,” said Kevin.

“To get different shots as KAPing for different targets or subjects is determined by the wind strength and direction as well as different light at different time of the day – for example early or late for nice, long shadows.”

Explaining why he decided to stick at KAPing, he said nobody else locally had persisted with it. “I just thought it was something different,” said Kevin.

“I never had interesting kites or photography particularly beforehand and you put the two together and it is something different to be doing.

“I do something fairly unique in the photography world, certainly in Guernsey. ”

The other great thing about kite aerial photography is that it seems relatively easy to get into and less expensive than other hobbies – although Kevin stresses that you do need to concentrate on what you are doing and be safe.

He added: “It’s a hobby that pays for itself.”

How to take photos using kites

Kevin was using a kite costing about £100 which he secured using a cheap “dog stake” (metal corkscrew) in the ground, which is normally used to secure the leash of a pet. The stake cost £5 from a pet shop. 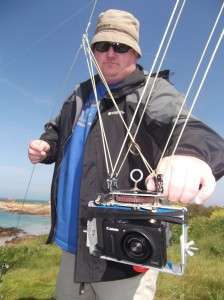 Kevin with the rig holding his camera

The camera was a pocket Canon digital S100 model fixed in a £65 metal frame/rig that Kevin had made for him by a man in Paris after a recommendation through a fellow enthusiast.

The rig with the camera was attached to the kite string using a pair of ingenious pieces of twisted metal – a “Brooxes hangup” named after a famous American innovator in kite aerial photography.

And the wind was strong enough to provide enough lift for the kite to carry the camera.

There was a little motor on the rig, using a single AA battery, so the camera was able to rotate 360 degrees.

Kevin said single line kites are suited to aerial photography – and he has 2 soft kites and 5 framed kites. In the past week, he had used 4 kites for different wind conditions.

There’s also 8 cameras in his collection, including 2 SLRs and 2 video cameras, plus 4 pocket Canon cameras. Kevin has built up his camera collection over time as he’s focussed on his business.

He receives commissions, advertising work and also sells images online – using his Facebook page as a showcase for his images.

In terms of rules, kites can be flown up to 60m (200ft) – and Kevin stresses that what he’s interested is in showcasing the islands in a “different light”. 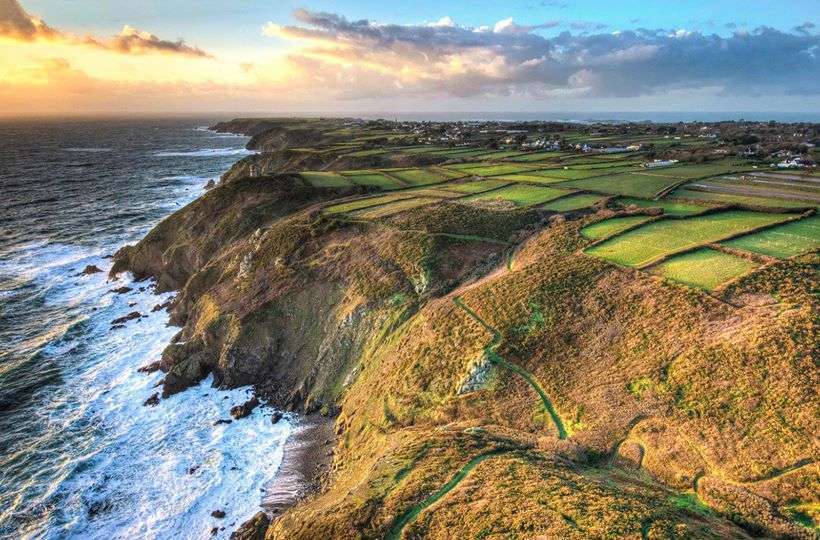 The other nifty “secret” that Kevin, a father of two, let me into was that you can download software shared by people on the internet onto a memory card to control the camera – specifically for a range of Canon compacts.

It means that you can set the camera to take photos at a set interval and for wide, in the middle and zoom in.

Kevin explained that .txt files are written in CHDK or SDM language that issue the camera different instructions. These are known as scripts.

And he uses 2 basic scripts – one is the basic intervalometer that triggers the camera every 5 to 6 seconds and the other is known as a zoom bracketing script whereby the camera is told to take a certain number of photos at different states of zoom.

Which memory card to use

Kevin was using a 7dayshop 32GB memory card in his camera and explained why he was using this particular brand.

“You are spending all this money on kite gear. I have bought some branded cards like Sandisk and they didn’t always last. It’s a money thing.

“Memory cards are memory cards at the end of the day. I don’t need super fast cards because the cameras cannot keep up anyway.

“It’s all about finding the best value.”

Conclusion Kite aerial photography is a fascinating, skilled art and produces wonderful images. It’s also a different slant on traditional photography – and it’s the getting of the photo that is sometimes the joy in itself.

As Kevin put it: “Different photos have had different challenges. Sometimes I might have an average photo but because of the effort it takes to get it, sometimes that’s my favourite.”

But be in no doubt, Kevin is a skilled photographer.