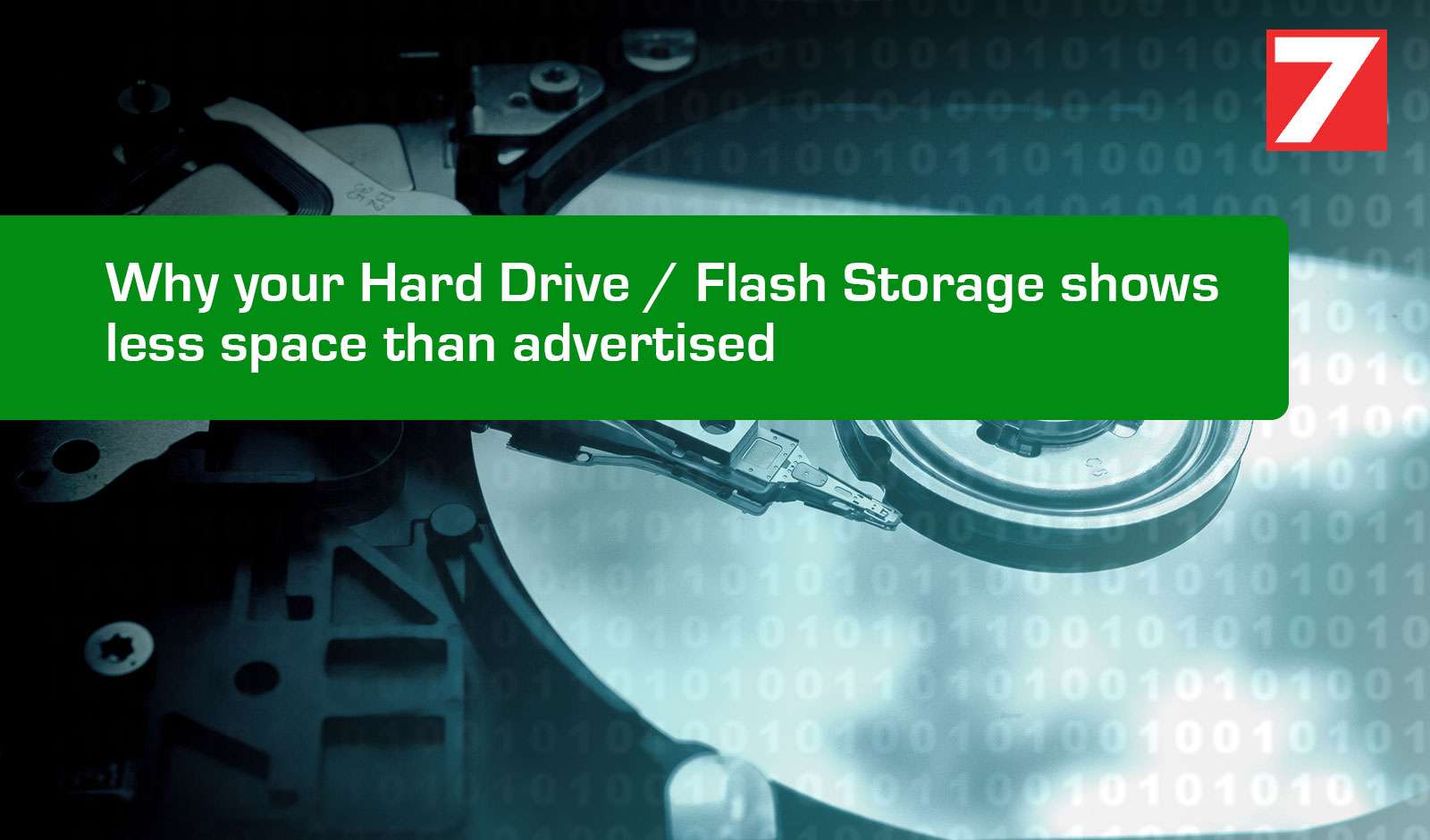 Why Advertised Storage Does Not Match The Usable Data Capacity

The main reason comes down to differences in the way that operating systems, such as Windows display storage devices, and how USB Flash Drive & other storage device manufacturers advertise the storage capacity. Computers are based on binary math, which means storage is counted using base 2, not base 10, which storage is advertised as. So, while we measure a kilobyte as 1,000 bytes, Windows refers to a kilobyte as 1,024 bytes.

Let’s take an example of a 256GB Flash Drive.

There are also other factors to take in to account as some storage capacity is allocated for overheads, such as the boot data and file system.