The History of the Headphone

HomeThe History of the Headphone
Harvey Child
7dayshop
No Comments 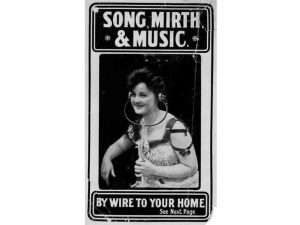 From overhead to in-ear, wired to wireless, Beatlesphone to Beats by Dre, the world of personal music has evolved for nigh 100 years to what we know and love. In this post, I’ll give a quick guide to the history of headphones, and give some suggestions for pairs that will suit you.

It started in 1890s Britain the first headphones were used for an early day Spotify music services, people would pay a subscription and be able to listen to live concerts occurring in London theatres. The large and clunky overhead pieces were also used by switchboard operators, making the job all the harder. That was until French engineer Ernest Mercadier patented the first in-ear buds. Designed for noise cancelling, stability and ease of wear for telephonists, Ernest had no idea, back in 1891, he had invented the base design for one of the world’s most universally used products.

In 1910 Nathaniel Baldwin made the first pair of audio headphones, that was picked up by the royal navy. It wasn’t until 1937 that the first pair of dynamic headphones for home use was invented by the German company BayerDynamic. However, in 1958 John Koss invented the first ever stereo headphones, the Koss SP-3, as a jazz lover he was tired of using the low-quality headphones used by radio operators. The headphones, made from 2 speakers covered with foam and cardboard, would be easy to make at home and poor compared to today’s standards, but impressive at the time and purely for the enjoyment of music. Koss continued his rule over the early headphone industry, with his product the ‘Beatlephones’, officially endorsed by the Beatles, they flew off shelves into the hands of adoring fans, and are still a coveted piece of memorabilia for collectors and fans alike. 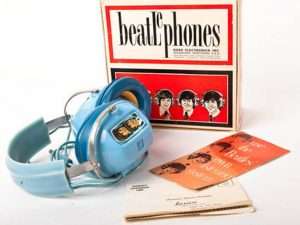 However, competitors created by names still recognised today, such as Sennheiser and Philips. One of the key developments came in the form of the Sennheiser HD414, with an open and light design people were quick to pick them up selling over 100,000 sets by 1970.

In 2004 the first stereo headphones with Bluetooth connectivity were made, and this movement to let people move still hasn’t stopped. With Bluetooth technology dominating advancements, companies such as beats and skull candy continue to make new headphones and earphones with increasing quality, ingenuity and styles there is something for everyone. 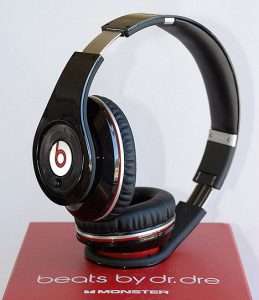 It’s undeniable that the journey for the beloved product has been a long one and that many different styles have come forward over time. Whatever your preference, here at 7dayshop you can find something you’ll love, here are some of our personal recommendations from the site you might be interested in using:

Go Free with the power of Bluetooth:

AudiophileBeatlephonesEarphonesFirst HeadphonesheadphonesHistory
Search this Blog:
Recent Posts
Categories
Archives
Things to follow & do
Looking for something?