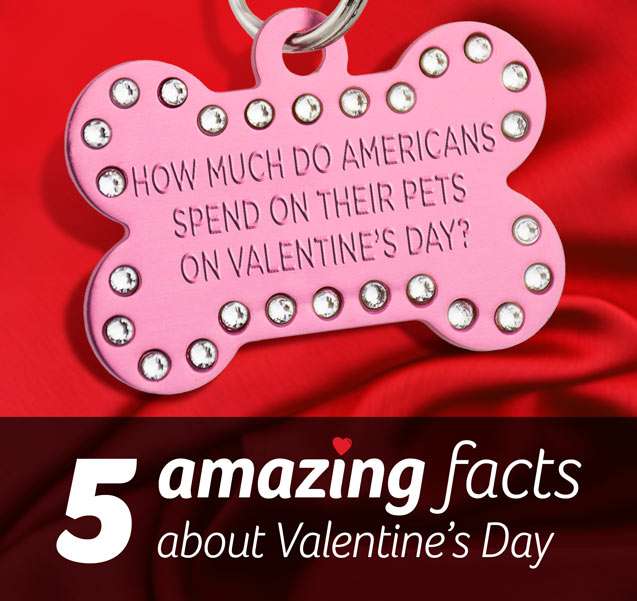 A record one in five Americans will give gifts to their animals this Valentine’s Day, spending $5.28 on average, which equates to $703 million (£461m), according to a survey for the US National Retail Federation.

You may think there’s only one St Valentine, but it turns out there are quite a few. Two St Valentines are celebrated on February 14, according to Wikipedia – including a Valentine of Rome who was killed around 1,000 years ago. To add to the confusion, different parts of the world mark their Valentine’s Days on different days!

3. The first known Valentine’s greeting was sent 600 years ago

Legend has it that St Valentine sent the first Valentine’s message himself, signing it “from your Valentine”. But the first known message was a poem written by Charles, the Duke of Orleans to his wife while locked up in the Tower of London in 1415, according to a helpful history of Valentine’s Day from the Hull Museums Collection.

Who says romance is dead? The average retail price of Valentine’s Day cards in the UK was £1.86, according to a 2014 report from the Greeting Card Association.

5. How a poet may have “invented” Valentine’s Day…

An English poet could be to blame… “It is quite possible that in the 14th century Geoffrey Chaucer – best known for his Canterbury Tales – actually invented our present-day idea of this special day in his dream-vision poem The Parliament of Fowls,” according to Professor Peter Travis from Dartmouth College in the US. 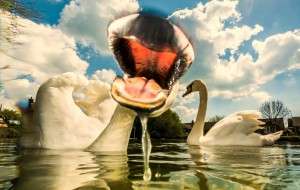 Swan ‘attack’ and other close up pictures we love 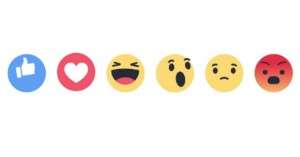