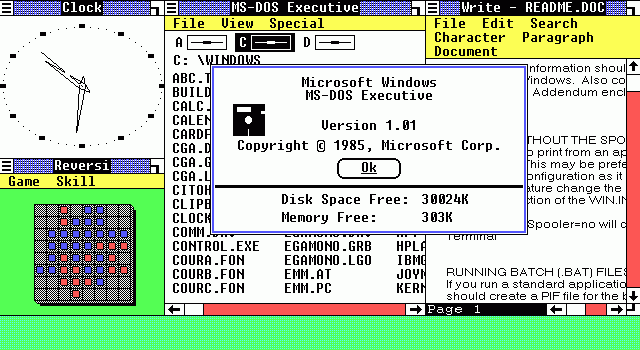 Microsoft founder Bill Gates led the development of the graphic operating system, which was first announced in 1983. The Windows operating system went on to dominate the PC market for decades – with several generations growing up with Windows as computers became more and more central to our lives.

The big difference to the previous MS-DOS system of tying commands was that you could now move a mouse to point and click your way through screens or windows.

It was also possible to switch between programmes without shutting each down. Windows 1.0 was shipped with programmes including Windows Writer, Notepad, Calculator, a Calender, MS-DOS file management, Paint – and even a game called Reversi.

Other technology stories for you