How Many Memory Cards ‘Equal’ The Memory Capacity Of The Human Brain?

HomeHow Many Memory Cards ‘Equal’ The Memory Capacity Of The Human Brain?

That’s the huge amount of memory that Paul Reber, professor of psychology at Northwestern University in the US, has come up with in considering the size of the brain’s memory storage capacity.

It’s all to do with the one billion neurons and the trillion connections between them, with each neuron helping with many memories at a time, according to the professor who set out his analysis on the Scientific American website.

With 2.5 petabytes you could store three million hours of TV

Put it another way, you could store three million hours of TV with 2.5 petabytes if your brain worked like a digital video recorder – although you would have to leave the set running for more than 300 years to use up all that storage.

Another way of thinking about it is that a petabyte is 1 million gigabytes, from which I could then work out how many memory cards you would need to “equal” the memory storage capacity of the human brain.

So, I took a 4GB SDHC memory card, the lowest memory size card currently available on online retailer 7dayshop.com, and began number crunching to come up with the “answer” to my question. 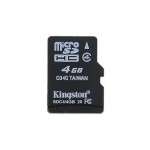 That’s right, you would need hundreds of thousands of 4GB memory cards.

And if you were able to balance them on top of each other length ways, they would be more than 8 times taller than the world’s highest building, the Burj Khalifa, which stands at over 828 metres.

Just think of that, those tiny little memory cards rising 9.37 kilometres into the sky (just under 6 miles).

How memory cards do you need for the British population’s combined memory storage?

If you extrapolated all of these sums out to the British population – which is estimated at more than 64 million – the tower would be more than 596 million kilometres (more than 370 million miles) high.

Put another way, that’s high enough to go to the sun and back. The distance from earth to the sun is about 150 million kilometres.

It’s not that simple: it’s also a question of search

Back to Professor Reber, who I got in touch with via email, who explained that the advances in technology help clarify some challenges embedded in human memory.

He said that you might have huge storage on your iPod or DVR, but “the problem isn’t storing everything you want to listen to, it’s finding it again later.

“Once the “hard drive” is big enough, the challenge is coming up with an indexing system, or a really good search function”.

The academic, who is head of the Brain, Behaviour and Cognition Progam at  his university, added: “Those are actually somewhat harder problems to solve neurocognitively compared with having a lot of storage space.”

The human brain really is a wonder

And while we all know, you can’t directly compare memory storage of the brain with memory cards it is clear that the “device” inside our skulls is an incredible thing. 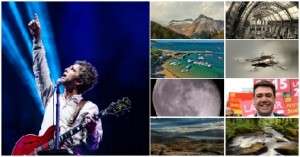 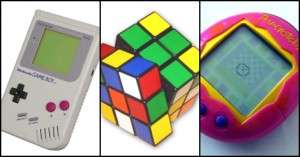