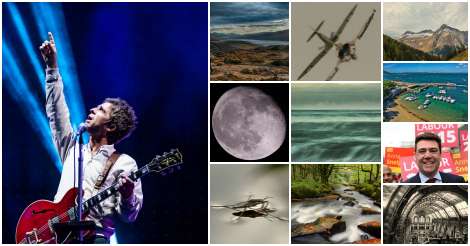 Photographers who’ve featured on the 7dayshop blog pick their favourite images from the past 12 months.

From the world of rock to space, aircraft, insects and landscapes, our photographers reveal why these images mean so much and how they took them. In no particular order, here they are – we hope you enjoy this gallery as much as we did putting it together.

A View of Locbroom – Karen Appleyard 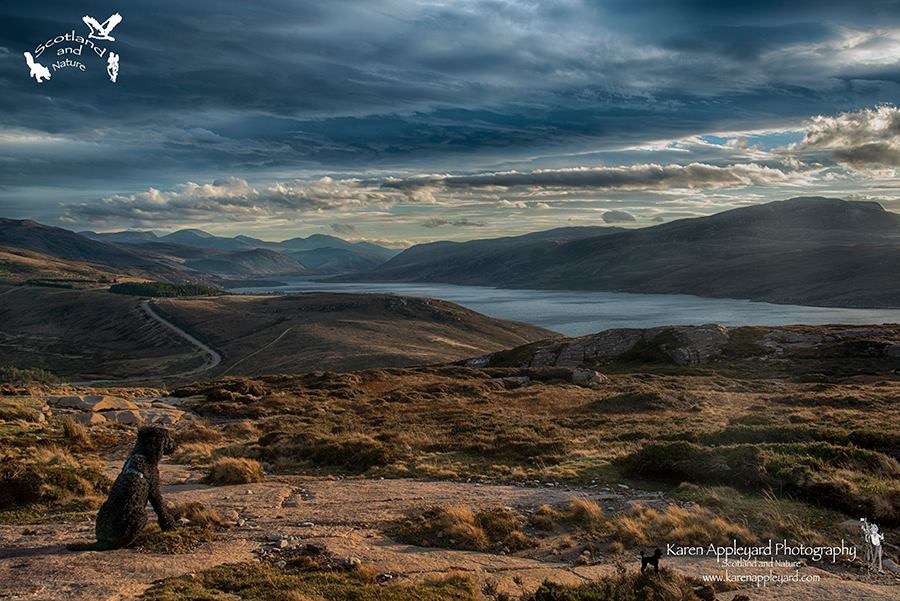 This was taken on the descent of Meall Mor in the Scottish Highlands. It was a couple of days before Christmas and was an exceptionally mild day.

We had probably spent too much time at the summit, as the light and temperature were both dropping suddenly, but both made the most wonderful tones falling over Loch Broom towards Ullapool.

My old sidekick, Poodle McBasil just sat & took in the view, for me, this made the scene & was a very special moment. Just looking at this image takes me right back there.

You can see more of Karen’s stunning landscape photography on the blog, by clicking here. 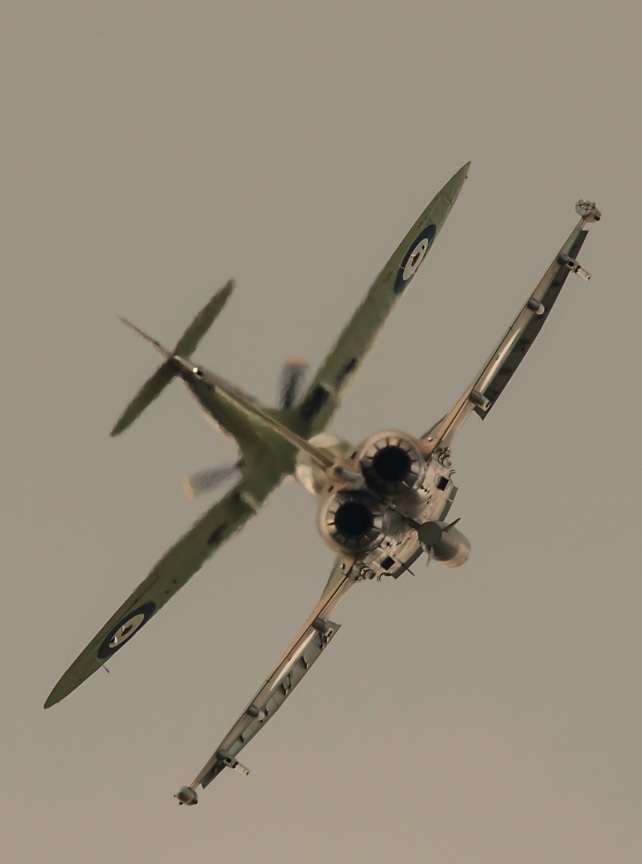 It’s from the “Synchro75” display that was done in 2015 which consists of a synchronised display by a Typhoon and a Spitfire to commemorate the 75th anniversary of the Battle of Britain.

It was amazing to see the contrast of the old spitfire with the modern typhoon and the skill it took to co-ordinate the display given the different speeds the two fly at. I love this shot as its a completely different angle and the two are lined up in perfect formation. Taken at Cosford Airshow in June.

Equipment used: Nikon D7000 with a 150-500mm sigma lens, no tripod or anything else. Had to up the ISO a bit as the light was terrible. Shutter speed was 500th of a second.

Read Claire’s tips for getting great pictures at airshows and planes by clicking here. 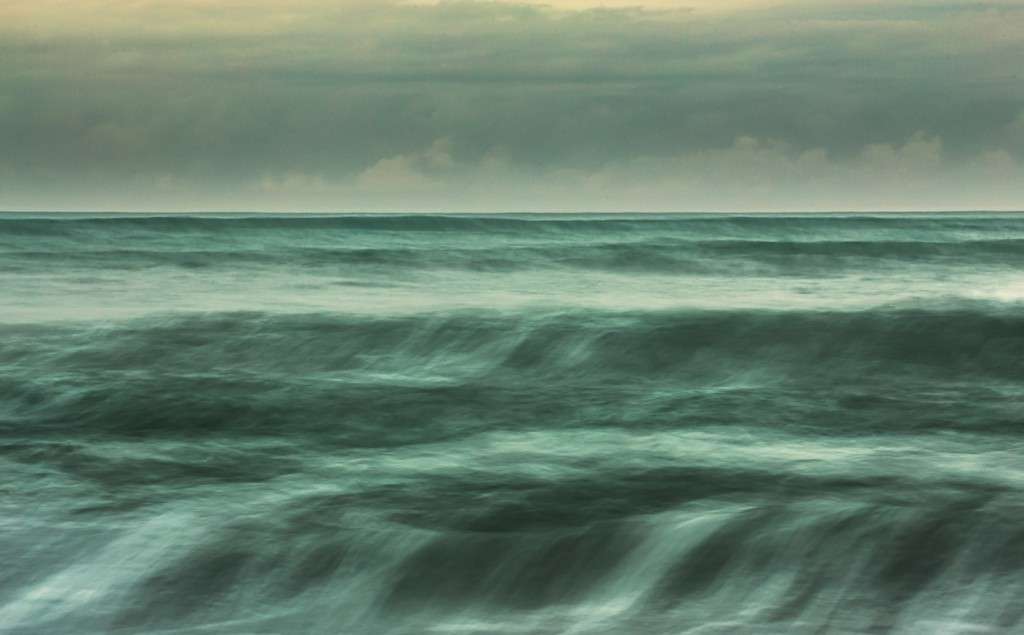 On the remote west coast of the South Island of New Zealand, I drove down a dark gravel road for around 20 minutes before camping at a spot at the end. I really had no idea what the landscape was like.

I woke up around 5am and followed the sound of waves to a beautiful dark sand beach. The light was really lovely before sunrise so got my camera and tried a range of photos.

This is one of my favourites due to the fact it is more like a painting in my eyes. The beautiful colours and motion of the sea captured as I remember seeing it.

Rob has taken some amazing travel photos you really should see, click here to have a look. 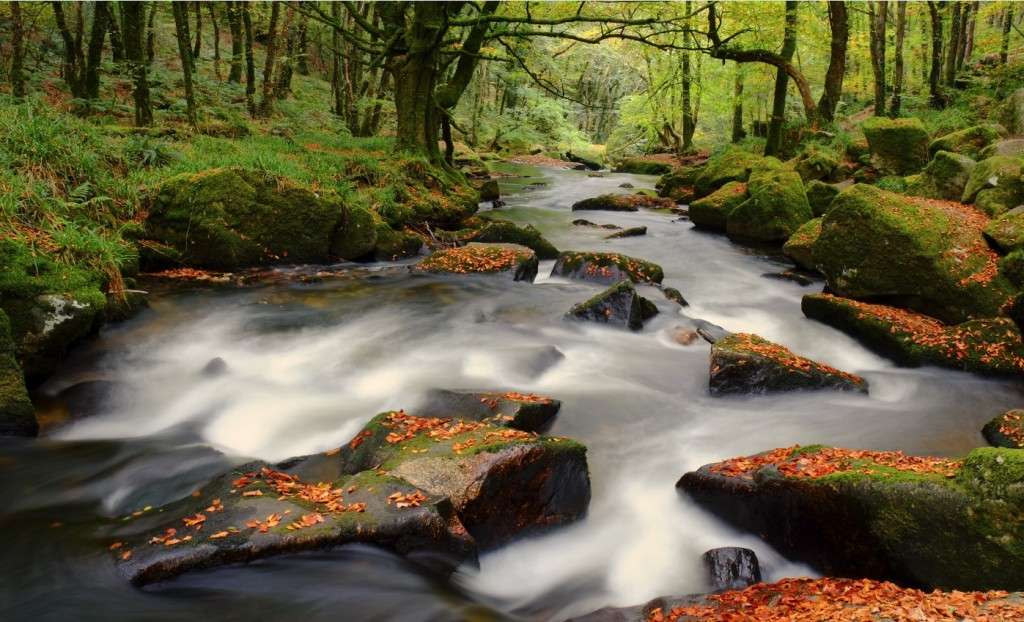 It was one of the last images I made after a week in Cornwall in mid-October, although it was nearly dark it all came together with just the right amount of water on the falls, a decent amount of fallen beech leaves but still enough green leaves on the distant trees to frame the River Fowey.

Read about Mark’s tips on iPhone photography and his super images by clicking here. 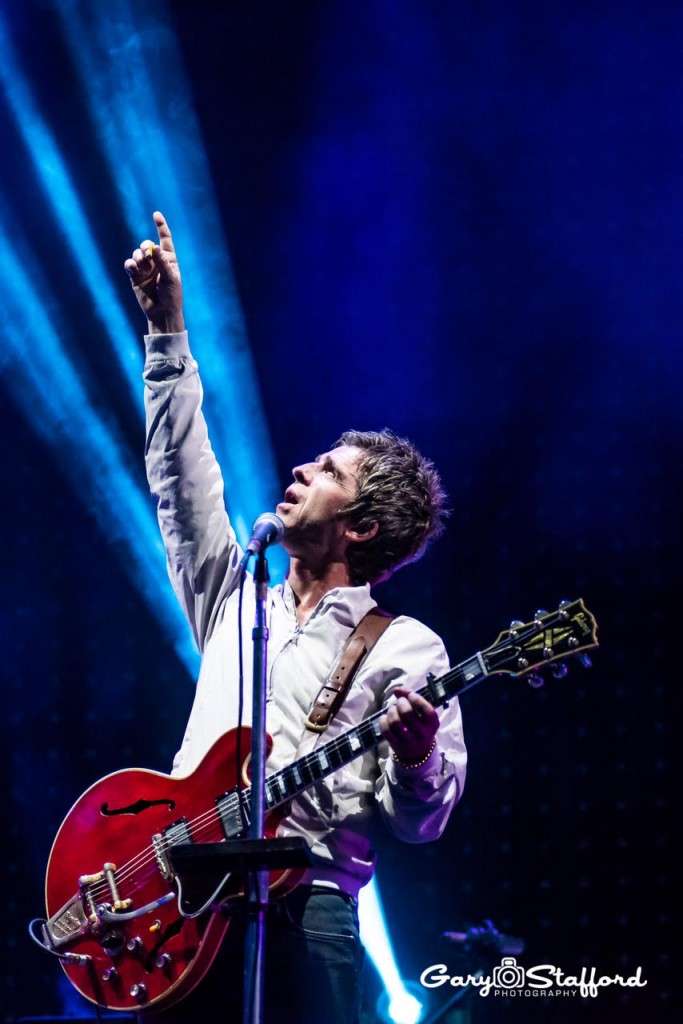 Noel Gallagher is a favourite musician of mine but rather difficult to photograph as the majority of images look the same. Usually he is sat or stood with a guitar, and Noel does very little movement around the stage. I’ve caught him at previous shows pulling funny expressions but that has been as much as you can get.

For Noel’s headline performance at Latitude Festival this year his management told us we could only shoot him from the right hand side of the photographers’ pit, not a good side to get for a right-handed guitar player who usually performs from the centre stage.

With this is in mind, I positioned myself right on the centre line knowing I would be in a great position to catch all of Noel’s guitar and any facial expressions.

I don’t recall the song being performed when this photo was taken, but I think it was during the third song. When photographing bands and artists I always have earplugs in and only listen for the beats for key moments and concentrating on taking good images so I forget the songs.

But during a quiet moment Noel slowly pointed his finger upwards, why I don’t know.  I don’t recall it being a lyrical moment, as he pointed up the strobe behind was moving from left to right, instinctively I rapid shot 5 or 6 frames and caught the strobe directly behind his aloft arm.

I like it because its different kind of shot for Noel, I also like the space around him which magazine editors also like for headline placing. 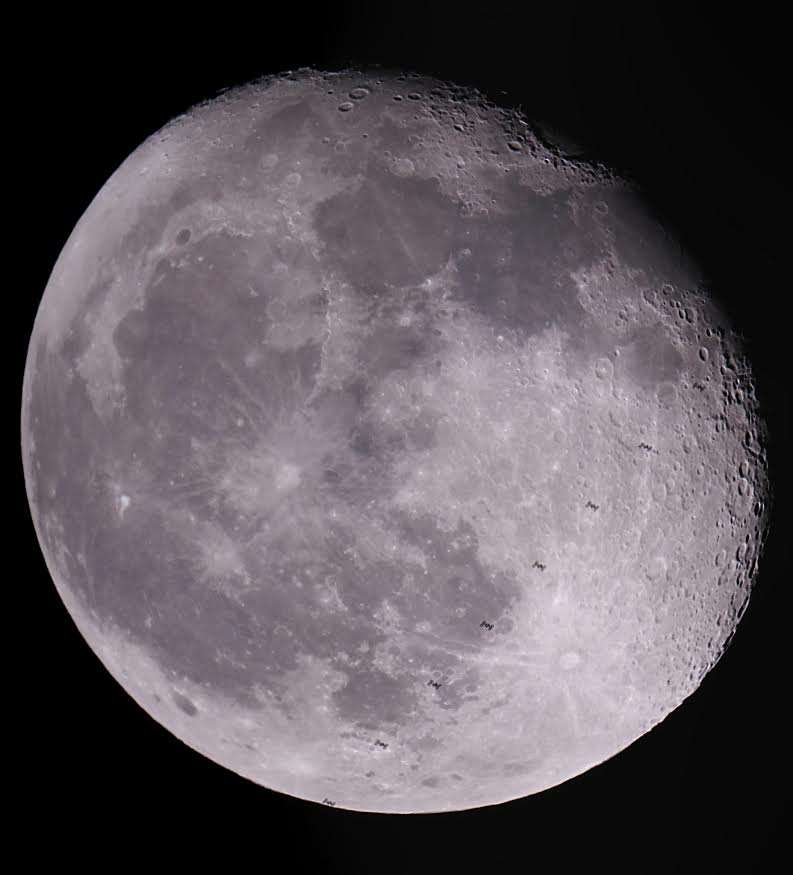 I was especially pleased with this shot as it took several years in the planning and perfecting the technique. This had close to  perfect timing, exposure and focus.

It was also chosen to be published by Sky and Telescope magazine in June 2015. It was taken in Chandlers Ford Hampshire on the late evening of 6th February.

Equipment used: Taken at prime focus of Celestron EdgeHD 925 telescope with Canon 70D. 8 photographs were stacked in PSE 12 and with an extra frame of the missing part of the moon merged into it. 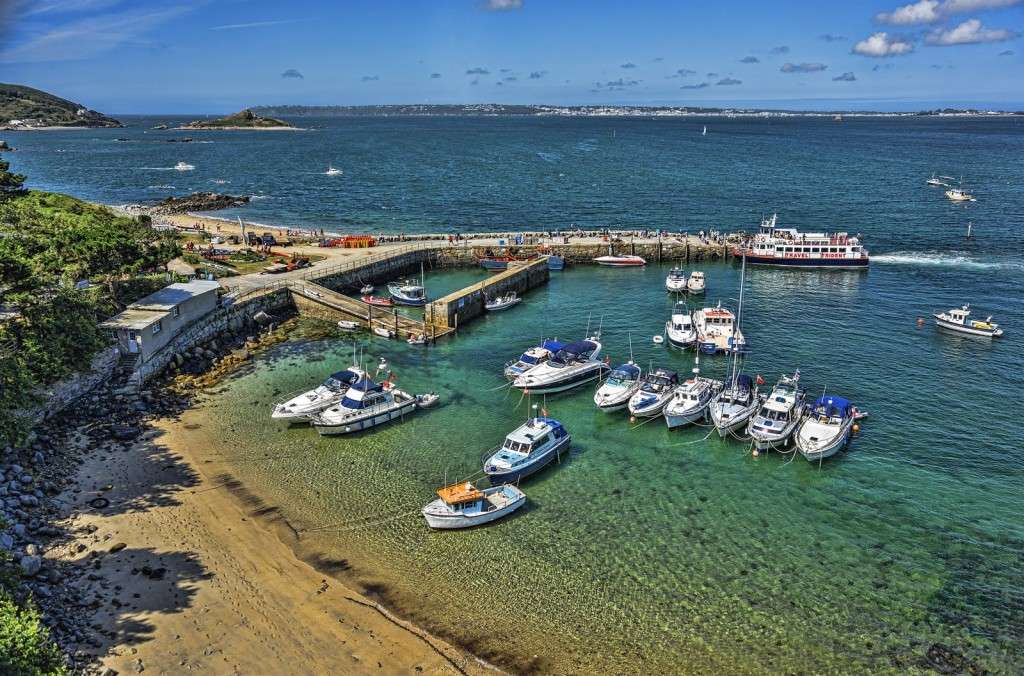 Right place, right time – first Saturday of July. I was over to do something for a wedding but had time either side of the event to do some photos and video for myself.

I didn’t know it was the Herm rowing weekend so I started off getting some unplanned kite aerials from the beach right next to where the rowers were getting ready. It was the start of a generally awesome photo and video day.

Of the aerial sessions, flying a kite in the harbour to get the attached photo was the most satisfying because everything was in alignment to make it happen – great weather, the tide had just dropped enough to give me enough flying room on the beach to skim the trees in front of the village, a bunch of local boats were moored up for the day, and the Trident boat was in the background just to complete the scene.

I’m not sure I could have created a better Herm harbour scene if I had the power to place everything where I wanted it. To top it off, one of the boat owners asked for a canvas of the photo and it came out spectacularly well.

Also, it is one of the aerial photos that shows that it’s not all about going really high. A little bit of elevation is sometimes all that is needed. 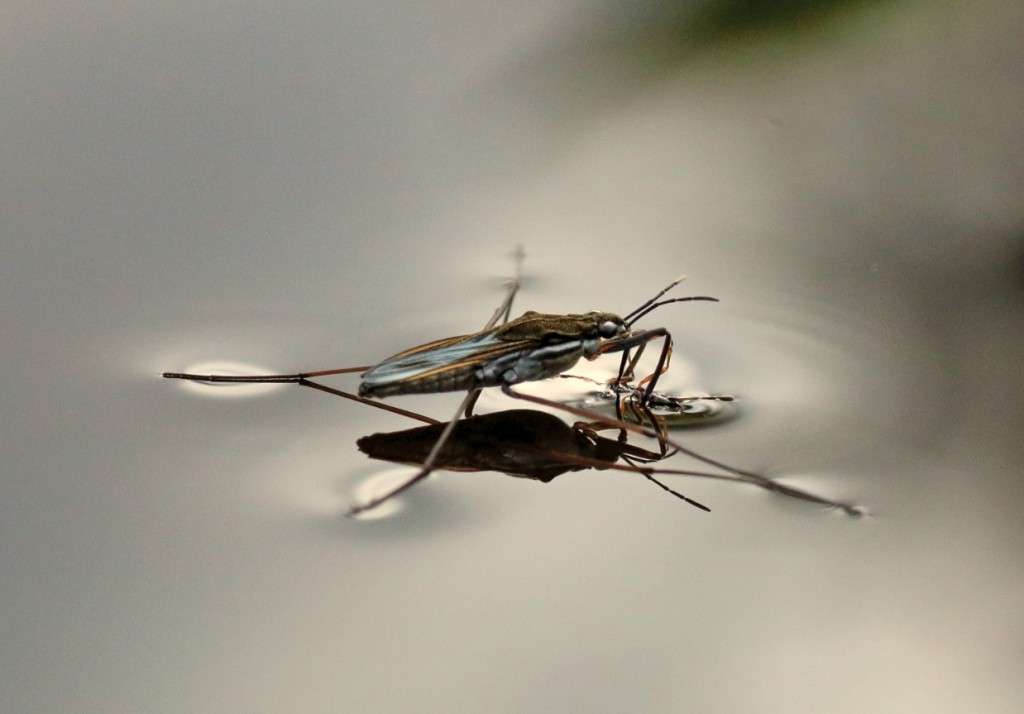 Easily overlooked, these tiny creatures spend their lives skidding around on the surface of our ponds lunching on whatever unfortunate drowning insects they find.

The Wildfowl & Wetlands Trust centre at Castle Espie, in Northern Ireland, where this shot was taken in September, is a great place to get up close to wildlife and their raised ponds enable fascinating views of all kinds of aquatic creatures.

Pond skaters are only a few millimetres long and move very fast but this one was busy unwrapping an ant, so I had just enough time to get focused on it.

There are many reasons why I like this shot. It’s in sharp focus, the depth-of-field is enough to see almost the whole insect, the indentations on the water surface and the reflection all add a bit of interest.

You can see more of Jonathan’s superb macrophotography by clicking here. 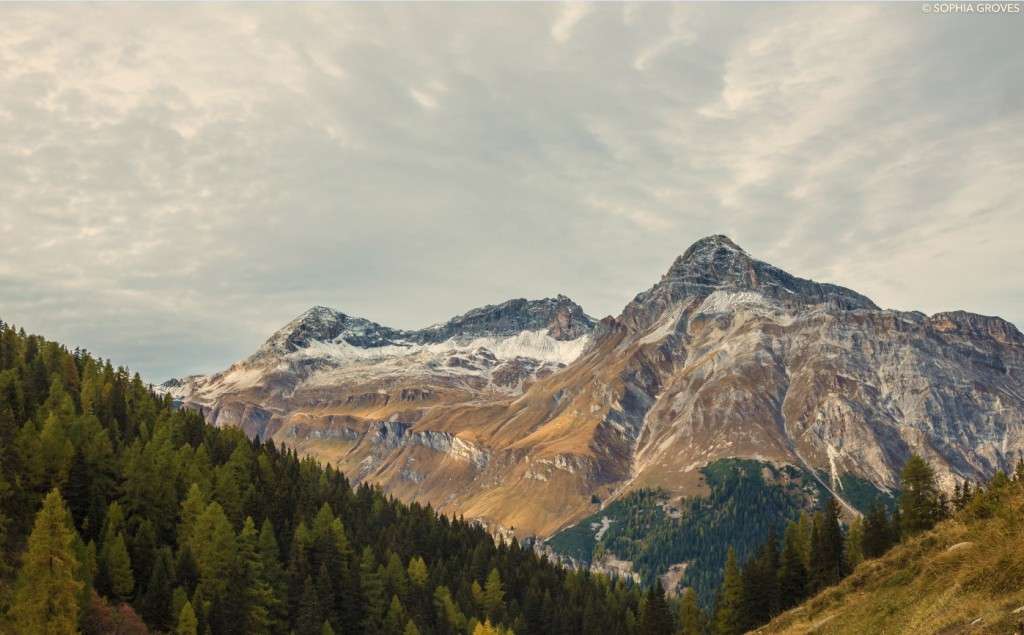 This photo was taken on the Swiss side of the Spleen Pass on a drive from Lake Como to Zürich while I was on tour with the band Arcane Roots in Switzerland during September.

We had stopped many times on the journey through the pass to admire the view, but on this occasion we had stopped right where you could see across the valleys.

The mountains were perfectly centred in the background and the colours complimented each other so beautifully, that I knew it was going to be one of my favourite shots I’d taken, before I’d even pressed the shutter release.

It was a beautiful drive, and a great tour, and this photos sums up the stunning places I have been to this year.

To see the results of Sophia’s road test of a tripod, click here. 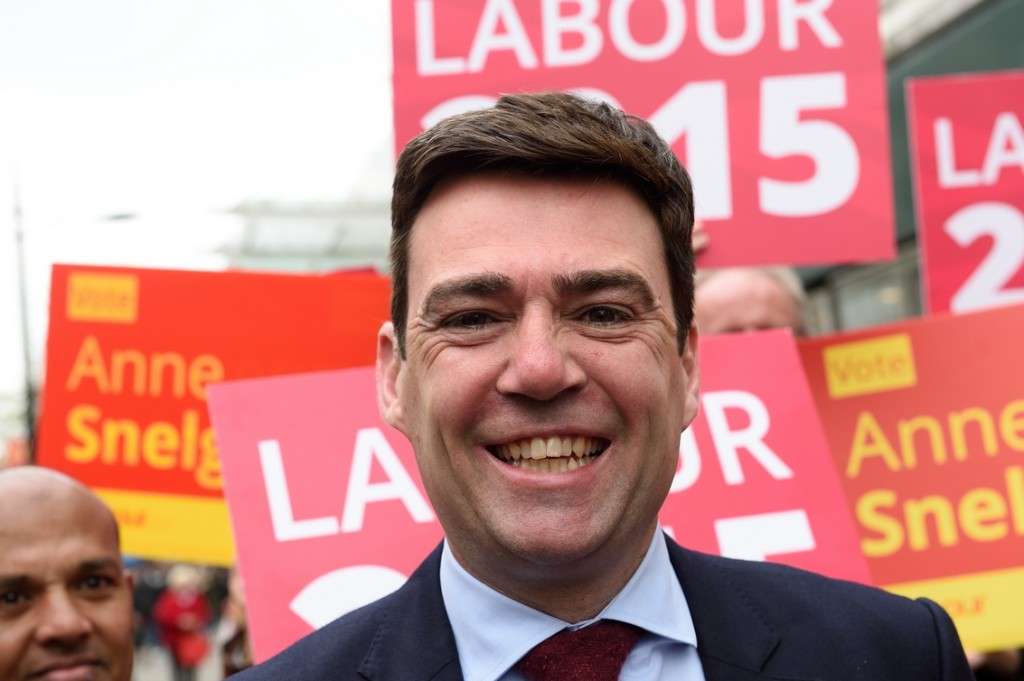 I think this has to be my favourite of my images of 2015. Why, well it sold quite a few times to the national newspapers, but that is not the main reason.

It is because it took me quite a while and work to ‘get in’ with the local Labour party. It was nice to be accepted as a trusted photographer.

During the 2015 UK general election campaign, one of the visitors was Andy Burnham MP. I was introduced to him and he was informed I was ‘their’ photographer and could he make sure that he always looked directly at me.

Whilst he couldn’t do that all the time, he did make sure that in various situations that I got the shots that I wanted.

In fact, that happened to most of the Labour visitors we had, but this is the most fun and relaxed of all the electioneering images I took. 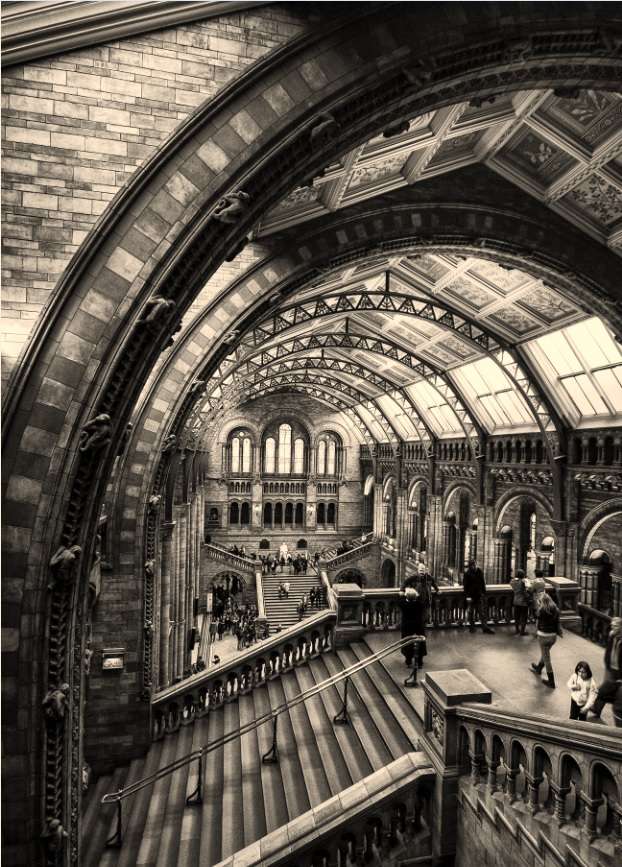 I remember the day vividly – it was a cold January day and my partner’s birthday, and I had a stinking cold. We spent the day in London together seeing the sights (I spent the day sneezing, but that’s another matter).

At the time I was obsessed with architectural photography, and buildings don’t come more photogenic than the Natural History Museum. This has remained one of my favourites (if not the favourite) photo I’ve ever taken.

You can see more of Dan’s incredible black and white photography and his photo tips by clicking here.

(All views expressed in this blog post are, of course, those of the photographers quoted)

As British astronaut Tim Peake is in space, did you know this incredible fact about the Apollo moon mission? 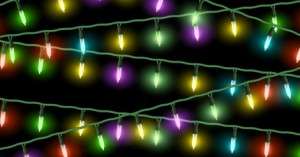 Christmas fairy lights could be “slowing” down your Wi-Fi