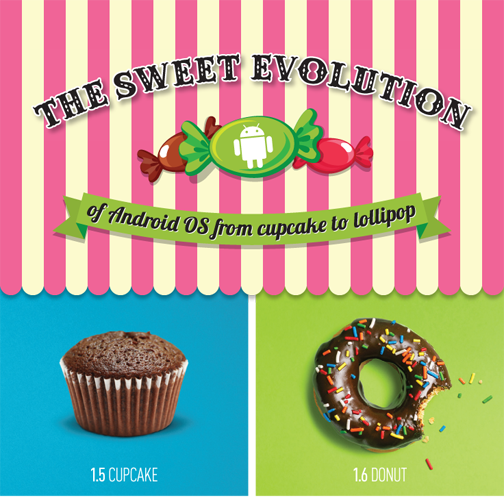 From Cupcake to Lollipop, we chart the development of the Android operating system.

The latest version of the Android mobile operating system (o/s) has been unveiled by Google – and in keeping with tradition, it has been been named Android 5.0 Lollipop.

The search engine giant has been giving each version of Android a confectionary-themed name since April 2009 – the first being cupcake. See the infographic below for the sweet evolution of Android o/s.

Which phones will get Android 5.0 Lollipop first?

The battery that charges in minutes and lasts 20 years